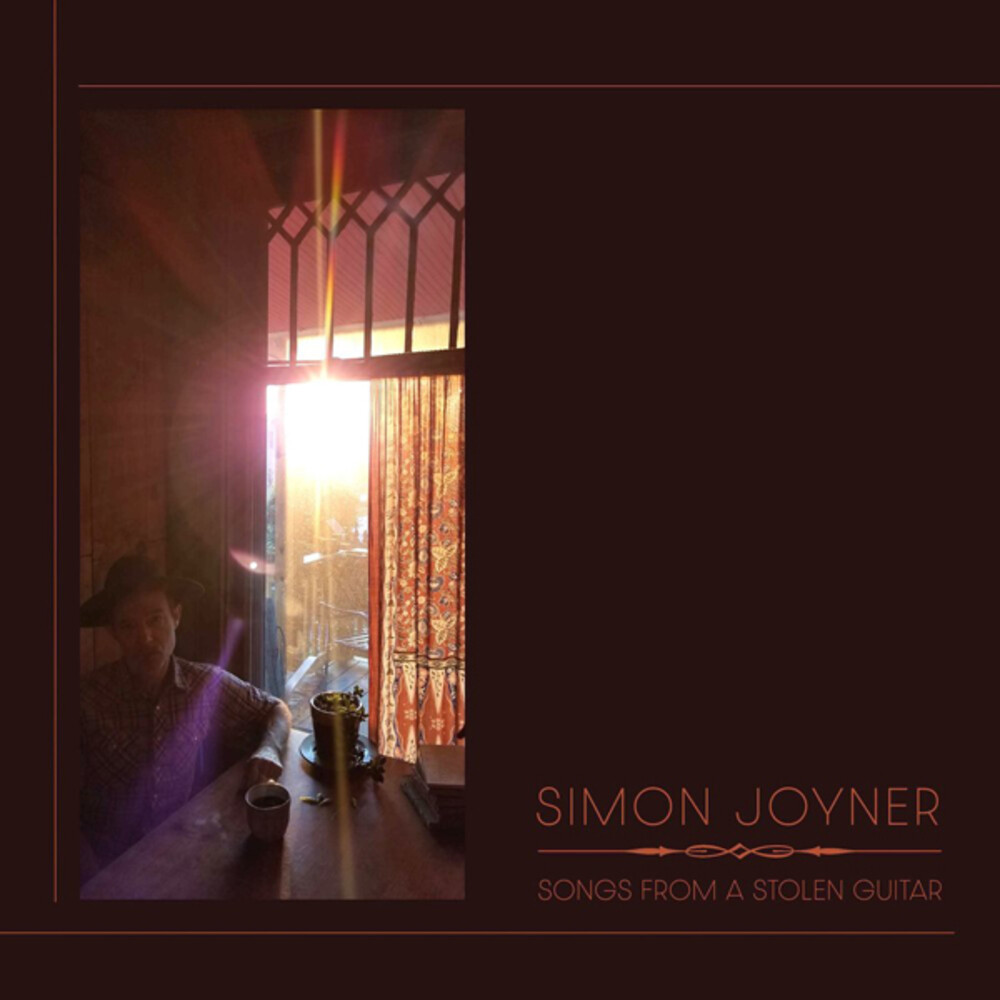 "Artists are not athletes. The career of the athlete is, by mortal necessity, compressed and brief. No one expects to see a professional slugger in their sixties out on the diamond, much less see them vying for a pennant. Artists, on the other hand, tend to age like wine-think Dylan, Cohen, and Cash-with the most rarefied among them capable of swinging for the fences with every at bat. Omaha singer-songwriter Simon Joyner, who recently turned fifty, is such an artist, and while I'd certainly enjoy seeing his face grinning at me from a box of Wheaties, I'd rather he continue making albums like Songs From A Stolen Guitar. "Songs From A Stolen Guitar was recorded across several different cities. Joyner recorded his vocals and guitar live in Omaha; bassist Wil Hendrix added his parts at home in San Francisco, Michael Krassner recorded his guitar and piano overdubs at home in Phoenix, and drummer / percussionist Ryan Jewell recorded in Colorado. This musical chain letter then made it's way back to Omaha where David Nance (guitars and backing vocals), Ben Brodin (organ and vibraphone), and Megan Siebe (viola and backing vocals) overdubbed-separately-their respective contributions"The remoteness of the individual players on Songs From A Stolen Guitar, while necessarily eliminating some of the ragged spontaneity of much of Joyner's previous work, yields a sort of silver-lining effect: Joyner's songs, produced more meticulously and perhaps more intentionally here than on any of his previous albums, cut through that much cleaner, foregrounding both his dazzling wordplay and his clarity of vision. If Ghosts [2012] was his Tonight's The Night-clamorous, naked, and unmoored-Songs From A Stolen Guitar may just turn out to be his Harvest." -James Jackson Toth aka Wooden Wand
This website uses cookies to personalize content and analyse traffic in order to offer you a better experience.
I accept Learn More
back to top